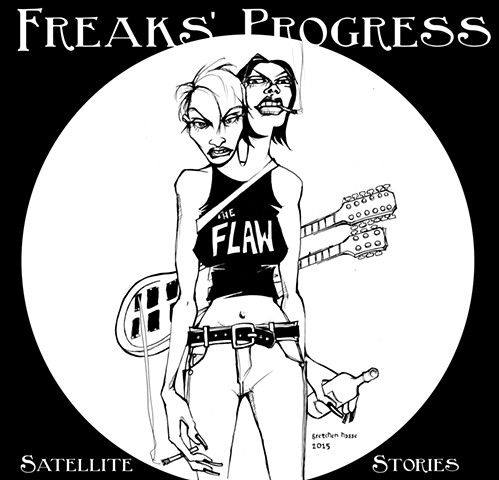 The Flaw
< previous next >

In the nineties, The Twins fronted a band called The Flaw. The name refers to what adults always called their "extra head," whatever that meant.

Growing up, Andrea and Allison constantly heard those same adults suggesting that they remove their "flaw" in order to further their career as a model. The adults didn't care that this amounted to murder of at least one person.

So The Twins ran away and formed a band, hiding in plain sight because there was no way to blend in.

Satellite Stories is the name of the Freaks' Progress mini comic series I started in 2015.